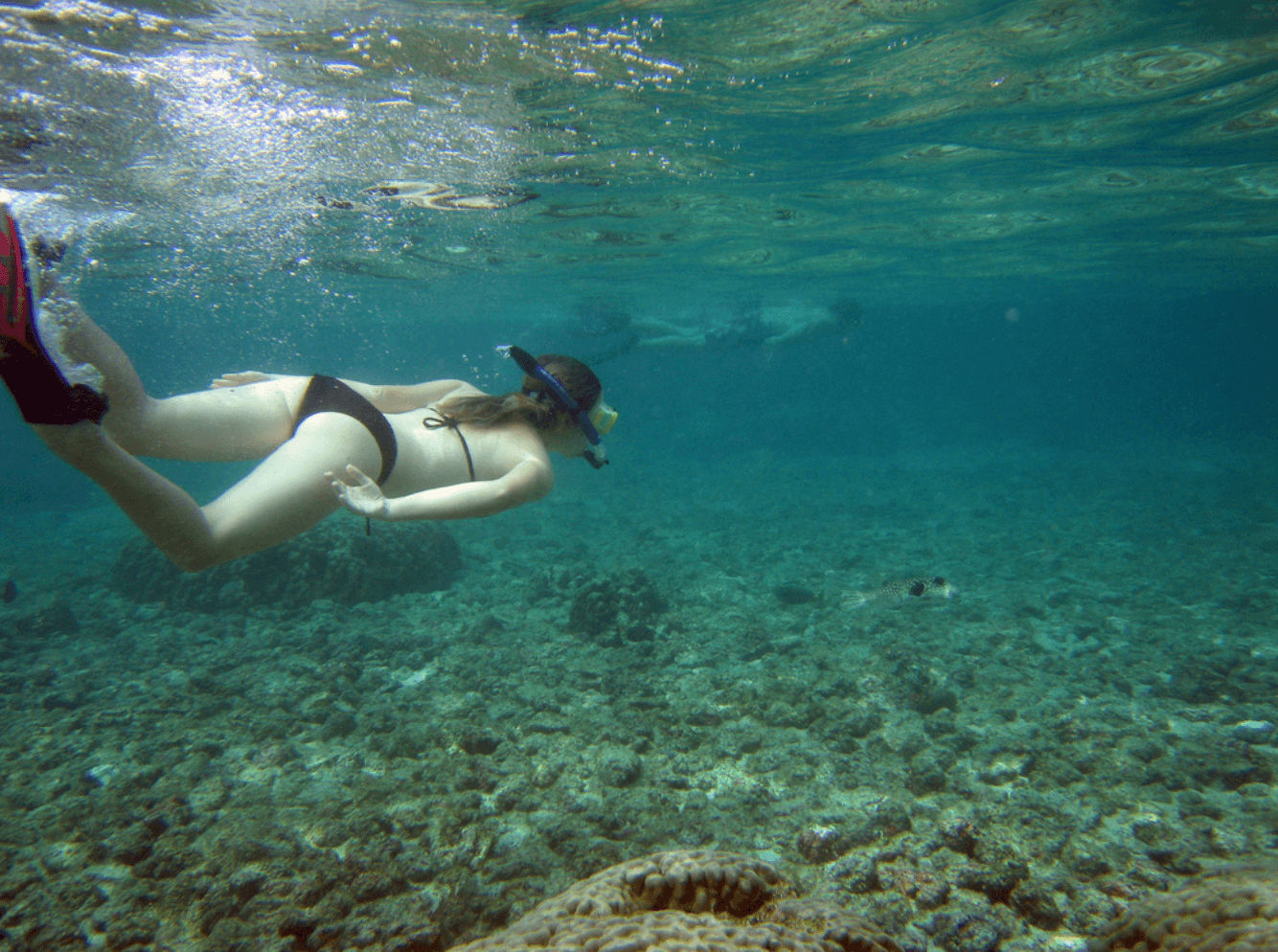 Occupying almost the entire west side of the Big Island, Kona is a major tourist destination in Hawaii. If you go and visit its vast flatlands, coffee lovers will surely enjoy seeing the extensive coffee farms where the famous Kona coffee is made. But for those who love the water, the long expanse of Kona’s coast is a vast playground for snorkelers with a long list of world's best snorkeling beaches. Here is our guide to best snorkeling in Kona...

Top Beaches to Snorkel in Kona

Most of you who just read the word Kona coffee will be triggered to make coffee and brew for a cup or two. While waiting for the brewing process to complete and as the coffee slowly drips from the coffee machine, allow us to take you to a tour of some of Kona’s best snorkeling spots. Before traveling to these beautiful destinations, it is worth noting that Hawaii recently passed a law which bans sale of sunscreens with dangerous chemicals to reefs (oxybenzone and octinoxate in particular) - make sure to check our list of reef safe sunscreens here before you depart for Hawaii!

Popularly known as King Kam Beach, Kamakahonu is a small beach situated right at the downtown area of Kona. Previously, its landmark was a rocky formation that resembles like a turtle's eye, but unfortunately, it is now entirely covered by the cement structures of the Kailua Pier. With this, do not enter the water near the pier as the substrate is mainly composed of rocks. Instead, we recommend you enter the sandy seagrass beds which makes it a perfect spot for preparing and adjusting your snorkeling equipment. Your general swimming direction is to swim out of the bay where there is a beautiful reef just on the right side. You have to remember that the left side of the bay may sometimes be crowded with lots of boat coming in and out. With this, stay clear of that area and swim close to the reef on the right. As you go along, you will see that the reef is filled with lots of tropical fish like Moorish Idols, Tangs and butterflyfish.

Aside from snorkeling, other aqua sports are being offered in Kamakahonu like scuba diving, kayaking, and swimming. Some shops offer guided Kona snorkeling tours and rents out some of their snorkel or scuba gear.

Despite being a full marina that houses more than 200 boats, Honokohau has a small beach north of the harbor where there is a nearby reef that is considered suitable for snorkeling. But before you can enter the water, you have to walk for 65 meters (210 feet) over hardened lava rocks. As you reach the shore, you will enter a site called “Salt and Pepper” which is a sandy beach made of up a mixture of white coral pebbles and black lava rock.

As you enter the water, you will see that the bottom substrate is predominantly littered with rocks scattered in a vast expanse of sand. The underwater habitats of Honokohau Harbor is pretty much the same with Kamakahonu Beach, except that there are less speeding boats and less crowd (you may want to take your own beach shade umbrella and beach chair for seniors to Kamakahonu).

The good thing with Honokohau Beach is that it is one of the few places in Kona where both humans and pets can enjoy. Pets, especially dogs are allowed to roam around the beach without a leash where its popularity for pet bonding has earned it another name - the Dog Beach.

Located 23 miles (37 kilometers) south of downtown area is Honaunau Beach which is recognized as “America’s Best Beach in 2004”. One of the reasons for this recognition is that the waters are exceptionally clear all year round where visibility can reach over 30 meters (100 feet). It is also considered as Kona’s premier spot for snorkeling where a famous area awaits snorkelers who want to see an uneven bottom topography - the Two Steps.

Your entry point will take you to hardened lava near the edge of the shore. If you come here during mid-day, this lava rock formation might get crowded as snorkelers are lining up taking turns in entering the water. Once you are in the water, you will notice that the north and south portions of the reef have a varying topography where one is visibly deeper than the other. The northern part has the shallower side with depth ranging from 3 - 7.6 meters (10 - 25 feet). As you swim the northern reefs, you should set your sight towards the open sea as marine reptiles like sea turtles are often seen. On the other hand, exploring the southern reef allows you to follow a reef at 10 meters (30 feet) that suddenly drops off to the seafloor at 30 meters (100 feet) deep. If the northern reefs are known for marine reptile interaction, the southern reefs are known for marine mammal interaction where most of its visitors have interacted with spinner dolphins.

Saving the best for last is Kona’s signature experience: snorkeling with giant manta rays during the night. Many snorkelers have considered it one of their most memorable snorkeling experience.

There are several spots in Kona to go night snorkeling with giant manta rays, namely: Manta Village and Manta Heaven. These sites are often crowded with both scuba divers and snorkelers while witnessing a wild feast of plankton soup which is the primary food source for manta rays. There is another spot located in Waikoloa just fronting a popular resort. This particular site is not so crowded with divers and snorkelers as the site only houses a few manta rays as compared to the sites in Manta Village and Manta Heaven.

Night snorkeling in Kona with manta rays is pretty much different when you compare it to snorkeling during the daytime. As you enter the dark waters that are only being lit by the lights onboard your boat, you will hold to a floatation device that has a built-in lighting system pointing down the reef. Initially, during the first few minutes, what will come near to the lights are plankton where they are highly attracted to it. As the plankton population increases and is concentrated in the beam of your light, manta rays will come in for a big feast. Take note that this feast involves several manta rays in one setting, and things may turn into a feeding frenzy mode where manta rays will glide from all direction taking their share of the plankton-rich waters. Do not worry about the feeding frenzy mode as they are only filter feeders and will do no harm to you.

If you enjoyed reading about amazing snorkeling spots of Kona, please also take a look at our detailed guide to ​best beaches to snorkel in Oahu​.