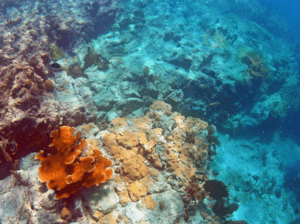 Historically named as Saint Ursula and the 11,000 Virgins by the famous explorer Christopher Columbus when he first arrived in 1493, the British Virgin Islands has a rich history of colonization including those coming from the French, English, Danish and Dutch empires. Its history will tell you about sugarcane plantation being introduced by the British Empire back then. Currently, tourism is considered as the most important player in BVI economy contributing to 45% of its national income. Tourists from all over the globe will surely enjoy this snorkeling paradise consisting of 4 major islands and over 50 smaller islands where snorkeling is a big hit just as popular as favorite snorkeling destinations of Tahiti or Cozumel... Without further due, here is our guide to some of the best snorkeling in British Virgin Islands.

Located east of Puerto Rico in the Caribbean Sea, the British Virgin Islands is composed of over 50 islands offering some of the Caribbean's best snorkeling. In general, it has a tropical climate with moderate trade winds and temperature variation throughout the year is minimal. Temperatures during summer average at 32 °C (89.6 °F) and drops down to 21 °C (69.8 °F) during winter. This, in turn, contributes to excellent water clarity where visibility during summer could go beyond 30 meters (100 feet) and make perfect conditions for use of a underwater snorkel camera.

Caution: June to November is hurricane season. You have to take note that the location of the British Virgin Islands sits on the Caribbean Hurricane Belt and that there are recorded incidence of massive damage caused by hurricanes. Examples of this are Hurricane Danny in 2015 and Hurricane Irma in 2017 that had claimed lives and millions worth in property damage. So, if you want a worry-free vacation, it is best to check the weather conditions first before traveling.

Coral reefs are your prime snorkeling spots around the British Virgin Islands. While reef-building colonies are abundantly scattered around the islands, some spots will take you to shipwrecks and plane wrecks that are resting in shallow waters, algal beds, and sandy shallow channels. You are recommended to use environment friendly sunscreens to do your part in protecting the marine life in the coral reefs. 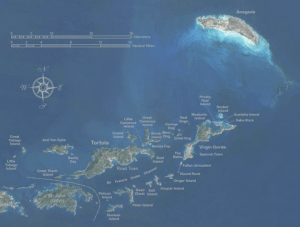 For geographical reference and ease of locating the snorkeling spots around British Virgin Islands, we will designate Tortola (being the biggest island and home to the island’s capital Road Town) as our primary reference point.

Cooper is a small island located east of Tortola island. Diving and snorkeling are popular in Cooper island where most sites are marked with a nearby surface mooring buoy. One of its popular snorkeling sites will take you to the western side of Manchioneel Bay in a section called Francis Drake Channel. You will swim around a rocky outcrop following multiple surface buoys. The site has a dramatic scenery of the reef with a deep ledge filled with lots of tropical fish. We suggest you explore this site during the morning as currents are known to pick up during noon time.

Chromis reef is another spot for snorkeling where you can see a patch of coral reef that houses a good population of damselfish call blue chromis. If you are exploring Chromis Reef with a guide, you will most probably head towards the overhangs where other reef fish dominates like squirrelfish, grunts, and drumfish. Just don’t forget to remind your snorkeling guide that you want to go wreck snorkeling so that he can lead you to the remains of a plane wreck resting at 35 feet (10.7 meters).

Also known as Treasure Point, Norman Island was once a haven for treasure hunters for reasons that an immense treasure is believed to be hidden somewhere. However, for us snorkelers, the real treasure can be found beneath the surface waters as Norman Island has a bounty of marine resources. Cave snorkeling in Norman Island is famous courtesy from its several shallow water tunnels. Just be cautious while swimming towards the entrance of the cave as it is filled with fire corals and sea urchins.

Angel Reef is the most frequently visited snorkeling spot in Norman Island. Located on the southwestern coast of the island, snorkelers can explore a shallow reef that gently slopes down to the sandy bottom at 65 feet (19.8 meters). As the name of the site suggests, it is filled with several species of angelfish where you can see French Angelfish, Grey Angelfish, and the colorful Queen Angelfish. 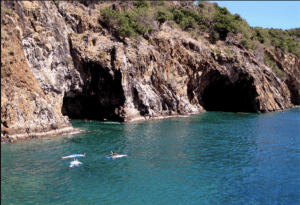 If you want to explore a virgin site where literally everything is overgrown both on land and underwater, then Ginger Island is the place to be. This uninhabited island is the site of one of British Virgin Island’s most pristine snorkeling spots - Alice’s Back Door. Located on the north side of the island, Alice’s Back Door is a protected area filled with several types of coral in different growth forms, namely: massive (like the brain and moon coral), encrusting and the branching types. Its reef generally has a gentle slope that leads to a sandy bottom at 20 meters (60 feet) where nurse sharks are often seen resting under rocks and boulders. As you follow the reef slope, do not forget to take a peek at the shallows where many have seen sea turtles cruising along just a few feet above the coral heads.

Speaking of hurricanes in British Virgin Islands, there is one spot in Salt island that is both a manifestation of the fierce force of nature and the epitome of snorkeling sites - the RMS Rhone. Sunk in 1867 due to a category five hurricane, the remains of this former British Royal Mail Ship is scattered on the southern coast of Salt island near a protrusion called Black Rock. Visibility in Black Rock is often clear reaching 30 meters (100 feet) which means that you will have a perfect view of the wreck and can quickly identify its parts.

Located closest to Black Rock is the shallowest part at 15 feet (4.5 meters) deep. As you swim towards the wreck, the first part that you will see is the propeller and rudder. If you are good in hyperventilation and can go free diving, do not forget to take a close up picture of the propeller as it is a favorite souvenir of your snorkeling adventure in the British Virgin Islands. As you go deeper, you will see the rest of the ships components such as the propeller shaft, gears, and mast together with its rig. The deepest part of the wreck is at 80 feet (24.4 meters). While you can still visibly see the skeletal structures of the wreck, corals have overgrown some of its parts and have attracted several reef residents where you can see lobsters, porcupinefish, grunts, stingrays, eagle rays and sea turtles.

At the end of the day, what we had presented are only the popular snorkeling spots in the British Virgin Islands. However, as we said earlier, it is composed of over 50 islands and snorkeling on these favorite spot is just a piece of the pie where several pristine spots are yet to be explored and discovered.